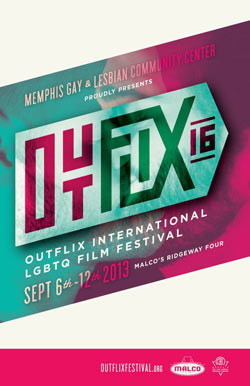 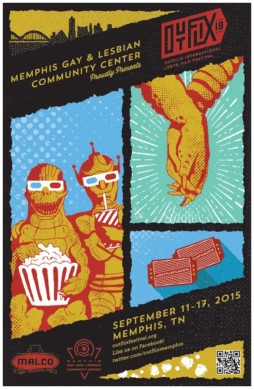 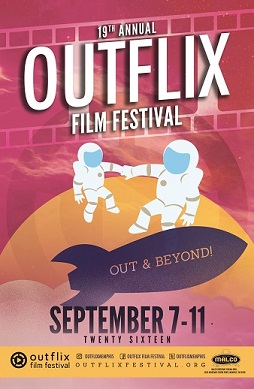 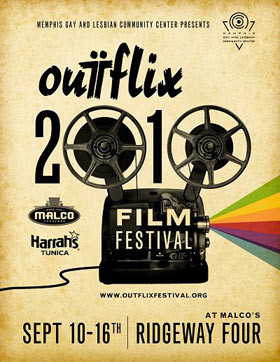 The annual Outflix Film Festival is a program of OUTMemphis: The LGBTQ Center for the Mid-South.

OUTMemphis believes that it is vital for us to see images of lesbian, gay, bisexual, transgender, and queer people that are not often visible in commercial movie theaters. Outflix seeks to correct that by highlighting our history, our loves, our losses, and our triumphs –stories ABOUT us told BY us.

“I liked Twinkie Museum because like a lot of queer lingo it had refracted meanings, a sort of code logic, and because it was flippant but had hidden depths. I knew the name was provocative, but hoped that would create the possibility for conversation. To me the more important thing was the title’s reference to Harvey Milk and the story of the Twinkie Defense used by lawyers for Dan White, Harvey Milk’s assassin.”

For the first few years, the film festival was held on the University of Memphis Campus in the Psychology Auditorium and tended to show more experimental shorts and features.

During the second year, local filmmaker Ira Sachs premiered his movie THE DELTA to the largest audience in the early years of the festival.

Beginning in April 2001, Outflix screened some films in a commercial theater as well as at Media Co-Op, formerly in the First Congo basement. The festival struggled with sponsorships and ticket sales and due to a lack of funds and leadership in 2004, no festival was held.

In August 2005, Outflix experienced a rise from the ashes!  With new leadership and an enthusiastic committee, the Outflix Film Festival screened 14 films over a four-day event in the make shift church basement theater.  Though the budget was small, the attendance exceeded expectations

In 2006 & 2007 the Outflix revenue quadrupled and attendance tripled as it moved out of the church basement and into the Muvico multiplex theater in downtown Memphis.

Due to potential closing of the downtown theater, the 2008 Outflix Film Festival Committee decided to move the event once again.  One of the oldest and most historic theaters was chosen to be the new home of the festival, Malco’s Ridgeway Four, where it continues to thrive and grow showing quality films from around the world.

The Outflix LGBTQ Film Festival continues to be a well-regarded festival, both in local circles and around the country. Each year, hundreds of filmmakers submit their entries and the review team has an increasingly difficult job finding the best, most diverse slate of films, typically screening 35-40 films from around the world. One of the enduring strengths of Outflix Film Festival from the beginning has been its appeal to straight allies.

“I just remember being really fascinated by how enthusiastic so many of the audience from outside the community were that showed up. That surprised me. I mean, they weren’t shocked. They were into it. They got the humor. And I realized that a big, unanticipated part of the festival was about finding allies and making new friends and contacts, and a renovation of the ideas around community.”

Come OUT and see a movie with us! 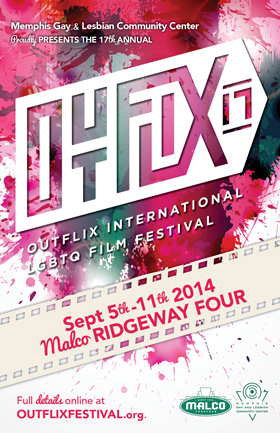 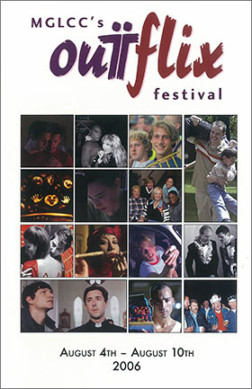