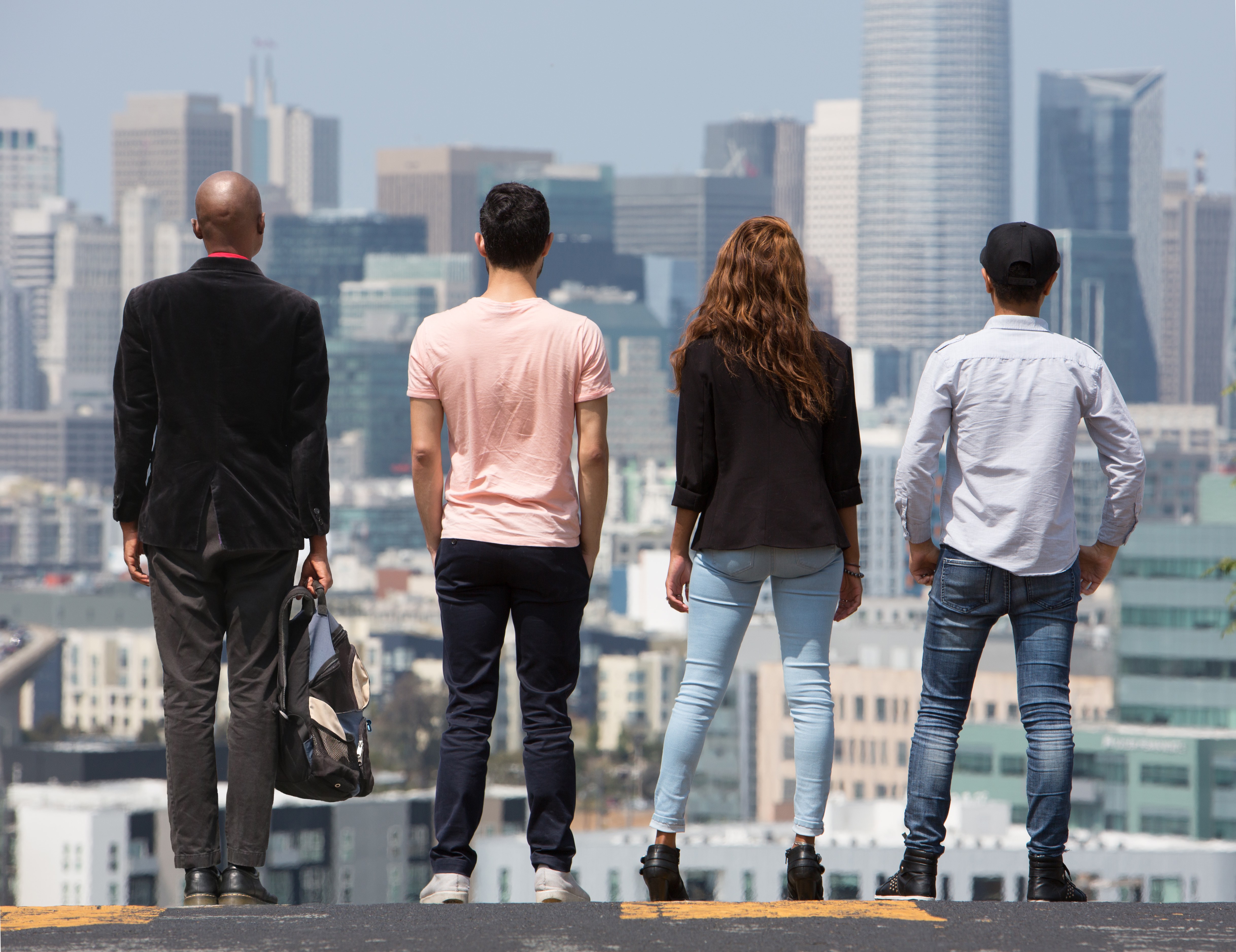 UNSETTLED is a feature-length documentary revealing the untold stories of LGBT refugees and asylum seekers who have fled intense persecution from their home countries and who are resettling in the United States. As new leadership in America continues to demonize immigrants and drastically restrict the flow of refugees and asylum seekers into the U.S., UNSETTLED humanizes a group few people know who are desperately trying to create new and safer homes.

Subhi, a gay Syrian refugee, who, having survived multiple death threats from Islamic terrorists, beatings by a homophobic father, and a nation devastated by war, finds his voice as a leader for refugee rights in the U.S. Cheyenne and Mari, a lesbian couple from Angola, who, having faced brutal harassment from family and neighbors, seek uncertain asylum through the American immigration courts while pursuing their dreams of becoming musicians. Junior, a gender non-conforming gay man from the Congo, struggles to find even basic housing and livelihood while exploring a more fluid gender identity.

UNSETTLED takes place largely in the San Francisco Bay Area, historically a beacon for dislocated LGBT people in the U.S. While cultural narratives of a “queer promised land” still persist, the film asks whether Northern California is even practical as a place to resettle LGBT refugees, especially given the enormous gentrification, increased costs of living, and scarcity of housing in recent years—a set of problems present in many American cities. What are the costs persecuted immigrants pay for seeking refuge in America? And how are everyday Americans stepping forward to help those most in need?